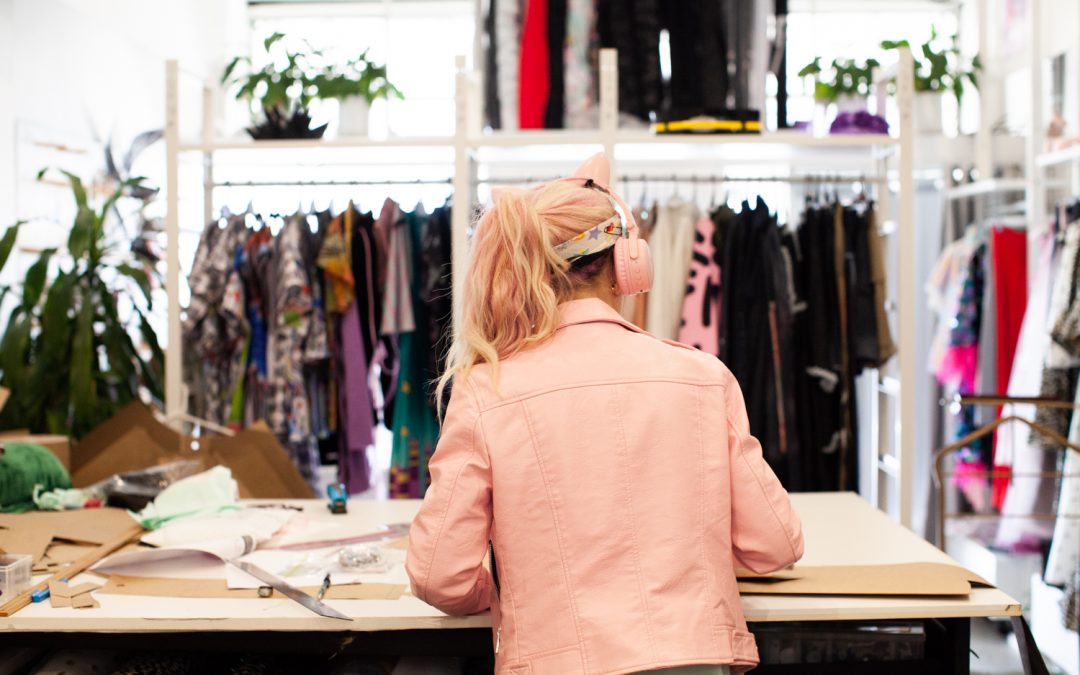 For something classified as a form of art and expression, fashion design can sure be tough. The unrelenting pressure for creativity, demand for original ideas and unique pieces can wear out even the most inspired creator.

Feeling frustrated and as though there aren’t any new ideas left is a common thread among designers. Watching mega-retailers churn out replicas of pieces that are still warm from being modelled on the runway is understandably disheartening.

The key to sanity and survival is remembering that fashion is an industry based on nostalgia. Re-interpretations of jewellery from ancient Egypt dating back to the 4000 BC continue to reappear with sparkling updates, blue jeans originally appeared in the 1800s and aren’t going anywhere.

So how do you stand out from the crowd and make your mark as a designer? Read on to find out how you can still create, without copying.

Fast fashion has transformed the industry in recent decades and remains a consistent, durable and reliable threat to designers trying to achieve cut-through with originality.

It’s no secret that the tried-and-true strategy of the most notorious global retailers is to pump out pieces based on hot-off-the-runway collections and high-fashion knock-offs faster than the actual designers. The result: slashed prices and drastically reduced demand for originality and quality.

This turd on the heel of the fashion industry doubles as a relentless whip on designers to match this pace and so-called ingenuity. It poses the question: where do you draw the line between inspiration and imitation?

How can a designer achieve a genuine sense of originality in an industry that is saturated with overlaps of eras and ideas? An easier (and somewhat less apocalyptic) headspace, is to instead realise that everything has already been done before. There are no new ideas – but fashion’s not over, it’s just cyclical.

As an industry striving for creative and unique approaches, the key is to take everything’s that’s already been created and copy/paste it into a completely different modern collage of aesthetics. Easy right? Let me give an example…

STRANGERS’ most eccentric piece currently available at Uncommon Store is the patented ‘Durry Cardigan’, inspired by the slang word for a cigarette. The label puts an unexpected spin on a simple black throw over with a not-so-simple rainbow-hued furry collar decorated with dangling cigarettes. At a glance, this piece seems too outrageously unique to be anything other than an absolute fashion discovery of the century, however, this playful slip-on can be broken down in terms of different paths of inspiration.

The classic cardigan, some may argue, was a staple for those in the 90s, immortalised in teen movies such as ’10 things I Hate About You’ or the iconic wardrobe of Cher in ‘Clueless’. It resurfaced in the early 2010s in the form of the mid-thigh cardi when the ‘dirty hipster’ aesthetic became a fashion delicacy. More recently, it’s been reinvented as a cropped knitted t-shirt, then reappeared in its original 90s glory for its third (at least) resurgence since its introduction 20 years ago. The humble cardigan can now be sourced from the likes of Aliexpress to designer websites, proving its timeless appeal and versatility.

Another example takes us to 2018, as demand for earrings featuring everything but (or possibly including) the kitchen sink soared, creating demand for aesthetically sound kooky and kitsch jewelry.

The internet salivated over one quirky design in particular: the cigarette earring. Though its origins are unknown, this ‘lit’ design had numerous successors and can be undeniably linked in terms of inspiration and would also make the perfect accessory for STRANGERS’ Durry Cardigan, with its similarities in construction and overall ‘flaming’ aesthetic appeal.

But, hang on – we can go back further. Oversized aggressively avant-garde earrings were an essential of the 80s coupled with a love for neons to accessorise aerobic attire.

We could all be Karens and scream into the void that the internet is the cause for this increased production of imitated designs, but the fact is inspiration and reinvention of designs in fashion has taken place for years.

Perhaps the resurgence of op-shopping has also fuelled this desire for a modern twist on favourites from former eras. With enough curiosity you can discover a true blast from the past while digging through mountains of Supre slogan tank tops circa 1999.

The key to breaking out of the frustrated designer feels is understanding the difference between copying and drawing inspiration from multiple elements of an existing concept, then creating something fresh that represents your aesthetic. Essentially that’s how everything you’ve seen recently has already been done. What took you so long to catch on?

My point is, fashion at its core is based on nostalgia, but regurgitating the same black cardi or green hoola-hoop earrings is the equivalent of hitting the snooze button for consumers.

Reimagining a classic with an updated twist is how a designer can be unique when it feels as though everything in fashion has already been done. Because it has. We’ve seen cardigans and we’ve seen cigarette earrings, but have we seen cigarette encrusted, collared cardigans? We have now – and they’re available on uncommonstore.co ;). 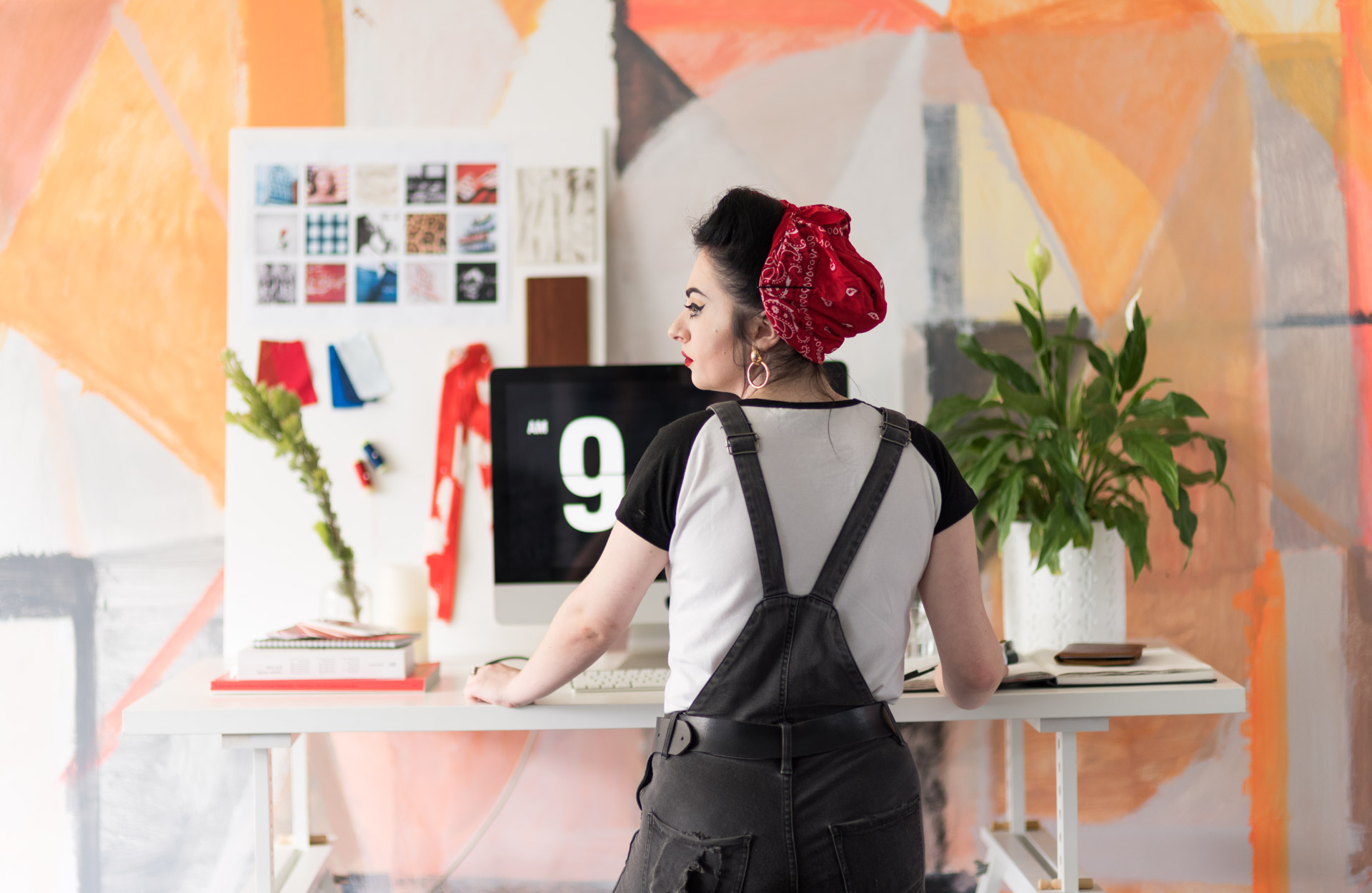